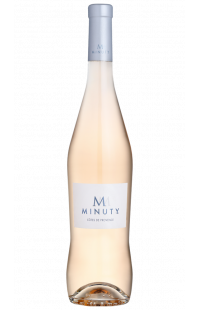 M de Minuty Rosé 2021 is a very fresh cuvée produced by the Minuty house, one of the most... 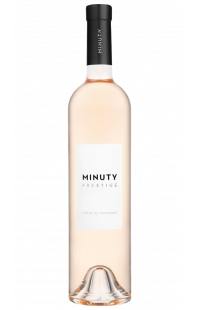 Minuty Prestige Rosé 2021 is a superb vintage of the Minuty house signature Rosé. Pale pink, all in... 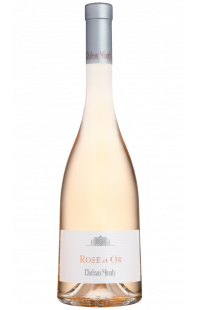 Château Minuty Rose et Or 2021 is for us one of the great rosés of the 2021 vintage. The wines are greedy, fresh, round and chiseled, with a beautiful salinity, a superb cuvée from the Minuty house.... 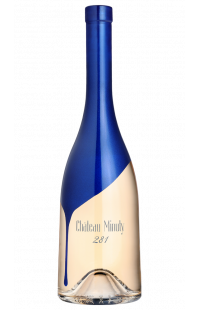 A 160 hectare estate located on the peninsula of Saint-Tropez, Château Minuty is exposed on the hillsides of the villages of Gassin and Ramatuelle overlooking the Gulf of Saint Tropez. As one of the main producers of Côtes-de-Provence, Château Minuty elaborates high quality rosé wines remarkable for their nervousness, freshness and elegance.  Château Minuty is considered as one of the most beautiful Cru classé of Provence. 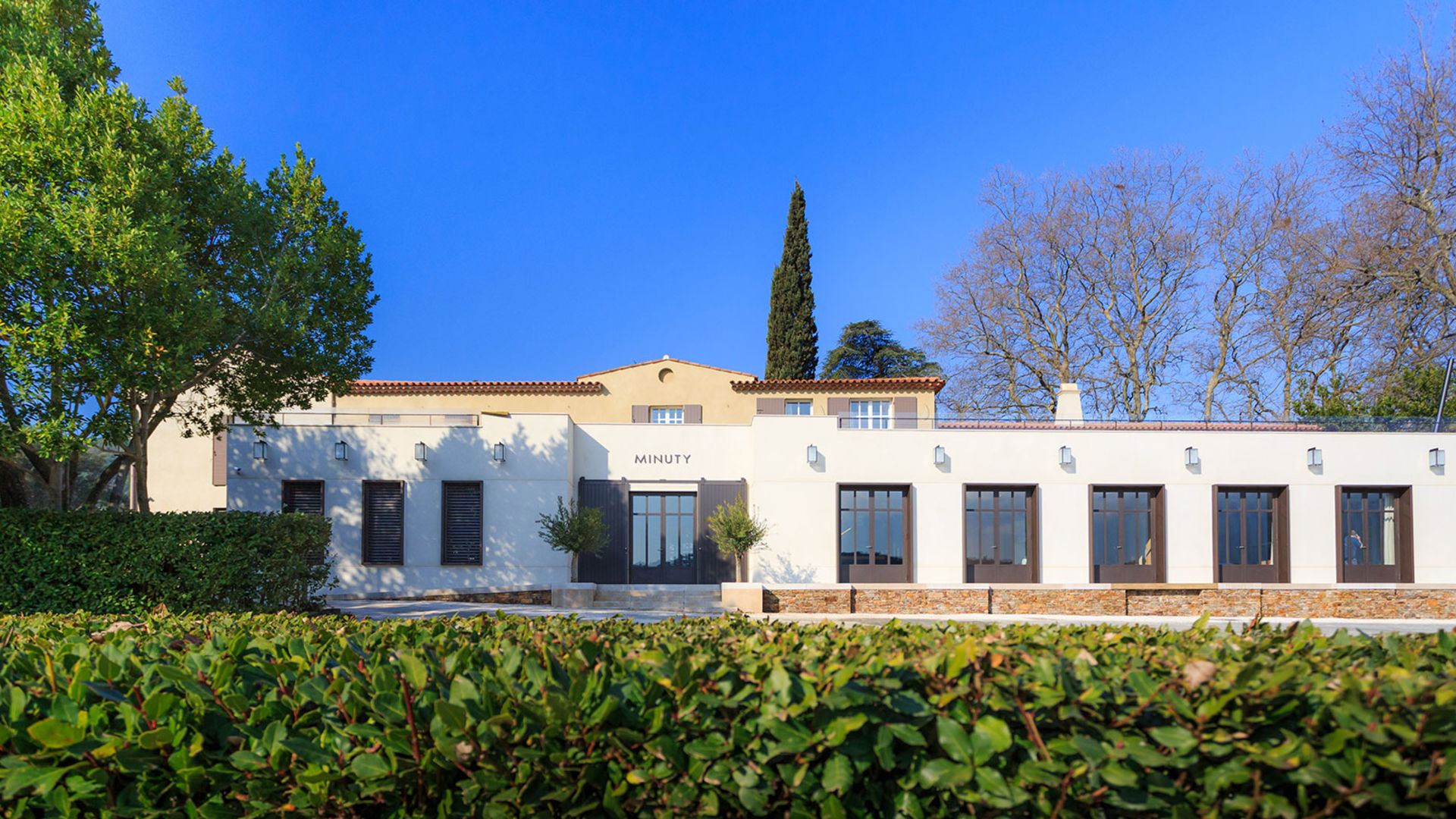 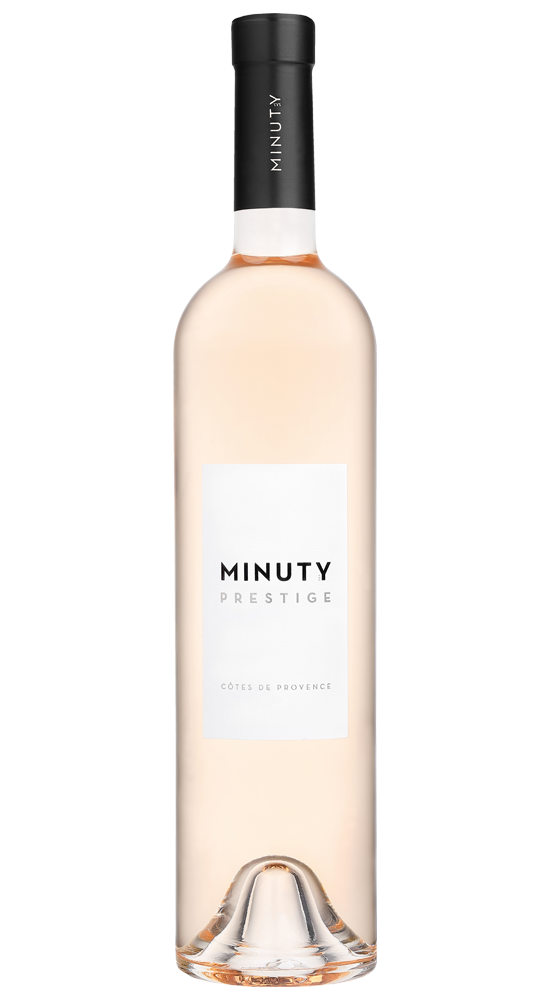 the technical sheet of château Minuty 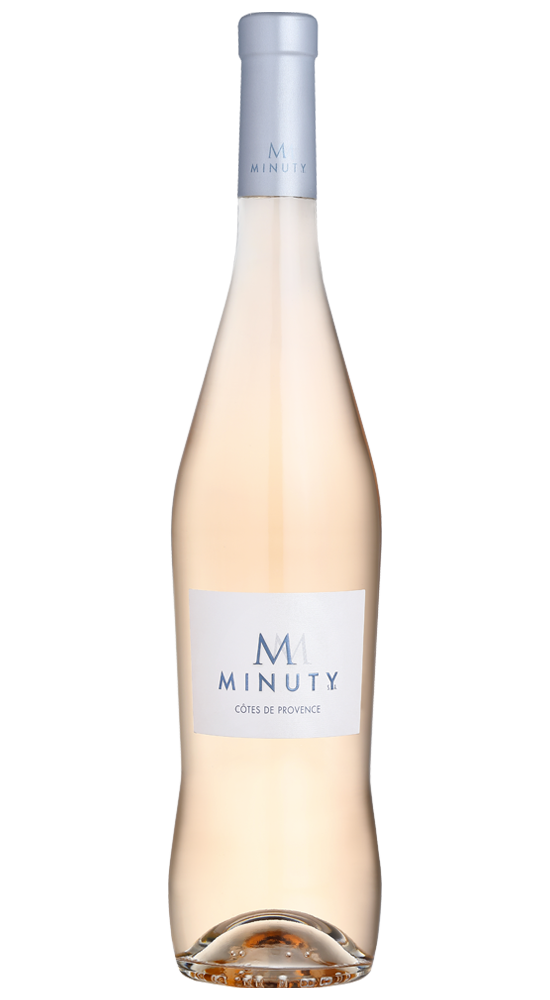 Château Minuty was originally built under Napoleon III, as well as the small chapel on the estate (which gave its name to the Oratoire cuvée). In 1936 the property was bought by Gabriel Farnet. He completely restructured the vineyard by replanting the entire estate. Having regained all its splendor, the château was one of the 23 properties to be distinguished in 1955 as a "Cru Classés des Cotes de Provence".

In 1960, Gabriel Farnet's daughter Monique took over the estate with her husband Etienne Matton. Both decided to replant the traditional Provencal grape varieties (Grenache, Tibouren and Rolle), seeking a high quality of wine making while limiting the yields. It is thanks to this qualitative work that Château Minuty has acquired its great reputation.

In the 1990s, Jean-Etienne and François Matton took over. Already having a reputation on the greatest tables of the French Riviera, both of them will continue to develop Château Minuty. By renovating the vineyard and equipping themselves with modern and efficient tools. The estate became a reference for rosé wines from Provence throughout France and the world, being present in a hundred countries.

1995 marks the year of creation of Minuty S.A.S. whose objective is to market the wines of the domain but also wines of brands from the trade.

In 2012, important renovation work was carried out in order to improve the reception of visitors to the estate. Thanks to the architect François Viellecroze and the designer Olivier Saguez, the property is equipped with a second barrel cellar, meeting rooms and tasting rooms and has also rehabilitated the tasting cellar. 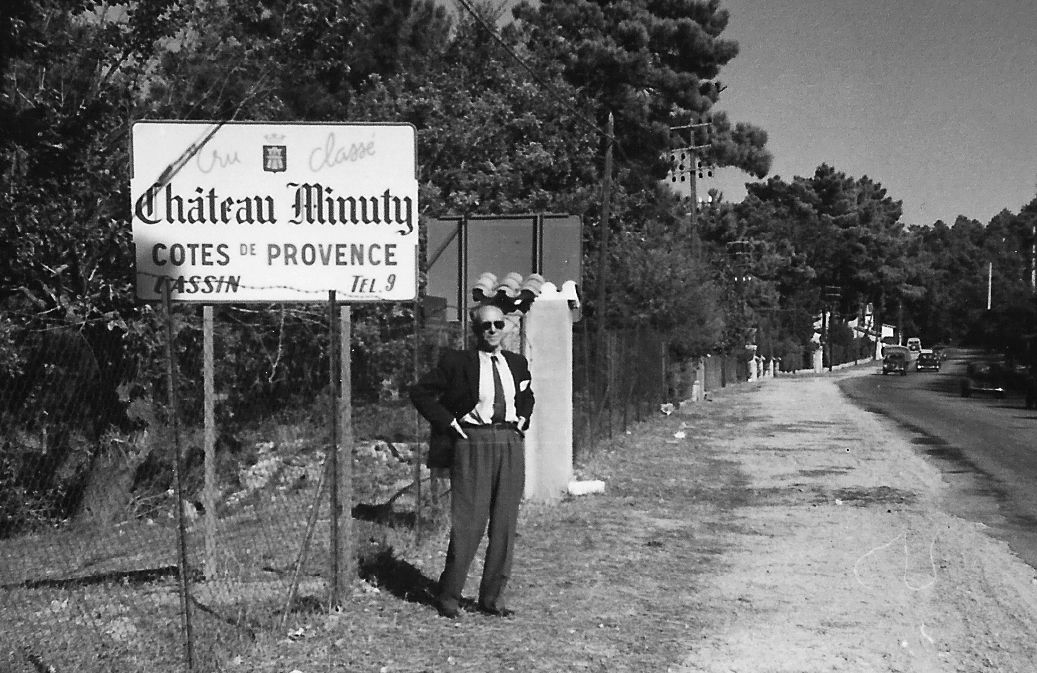 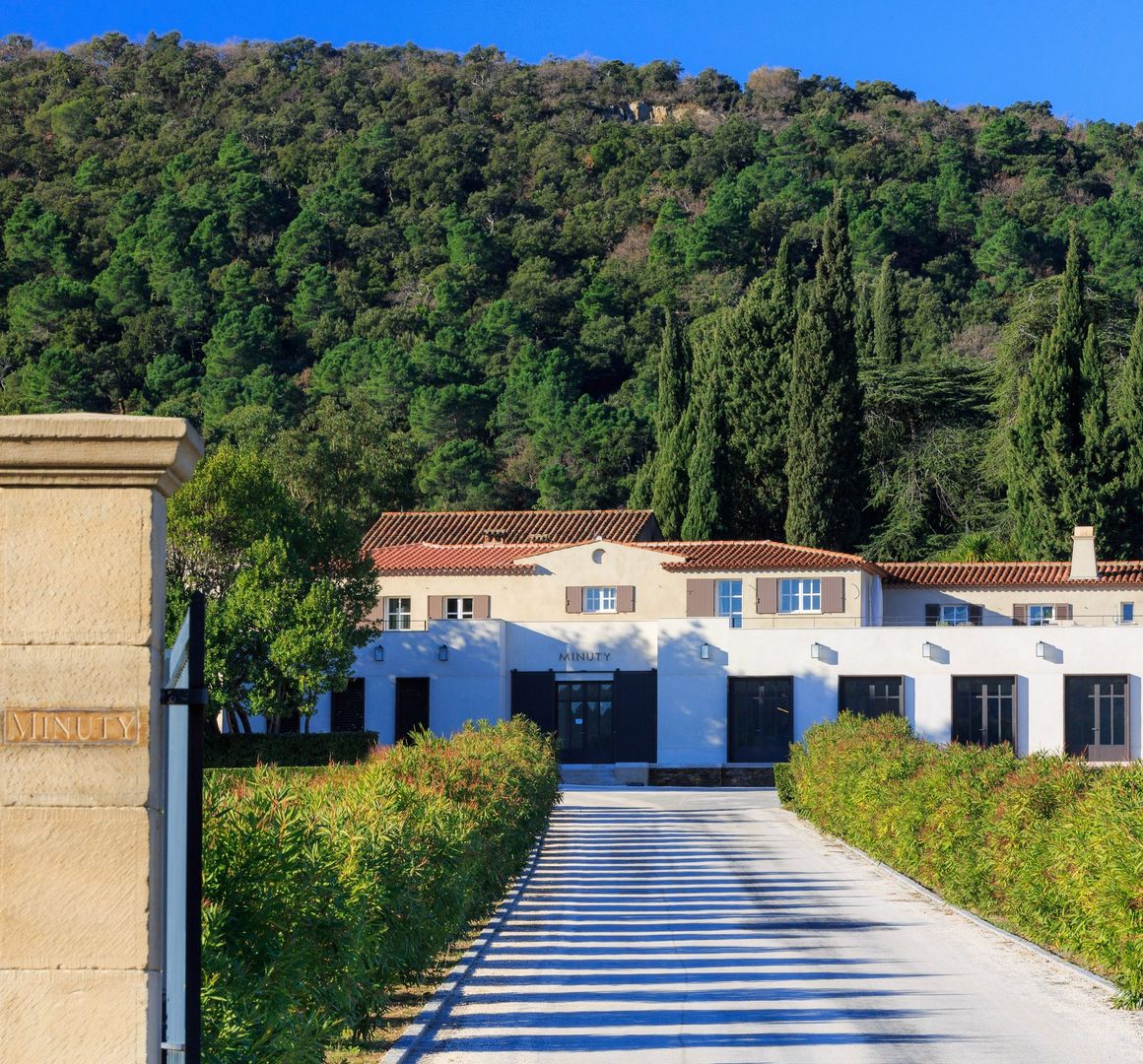 The amazing estate of château Minuty

Overlooking the Gulf of Saint-Tropez, Château Minuty is remarkably well exposed on the hillsides of the villages of Gassin and Ramatuelle. Benefiting from a temperate maritime climate, the sea air will allow the good sanitary state of the vines and especially a great quality of the wines. The wind off the coast allows the vines to dry out after dew or rain and limits the risks of disease.

With a surface area of 160 hectares, the vineyards are divided into three parts: 60 hectares in one piece on schistose limestone soils surrounding Château Minuty, completed by 80 hectares on clay-limestone soil in Vidauban as well as 20 hectares located on the slopes of Valdérian in Ramatuelle offering a splendid view of the Bay of Pampelonne.

Each grape variety is planted on the most appropriate soil of the property to allow its good development. The vineyards around the chateau benefit from a deep and pebble-free soil and are dedicated to the production of Grenache for the rosé and red wines. The south-western exposed parcels are dedicated to Syrah and Mourvèdre which will allow the production of powerful red wines. As for Rolle, it is located on the more stony limestone slopes which are conducive to the minerality of white wines.

the know-how of Minuty

The historical know-how combined with the use of advanced technologies allows Château Minuty to guarantee the production of high quality rosé wines.

Everything starts in the vineyard in a preserved environment, bordered by a protected wooded area guaranteeing a privileged ecosystem. With the greatest care taken in the vineyard, the vines are cultivated using sustainable viticulture without the use of weed killers and pesticides. Moreover, the soils are enriched by natural manures, rich in organic matter from goats and sheep. This will allow the micro-organisms present in the soil to breathe, improve the drainage of the soil and the water supply of the subsoil. This constant work allows to gather the best conditions of maturity of the grapes before the harvest.

Château Minuty is one of the last estates in the Côtes de Provence where the grapes are harvested entirely by hand, which ensures the perfect integrity of the grapes and limits the extraction of plant matter. The grapes are carefully brought to the winery and then de-stemmed. After a light crushing, the grapes are immediately cooled to a low temperature and inerted to avoid oxidation phenomena that would lead to a loss of aromas and structure. The juice then passes through pneumatic presses, is carefully drained and pressed at low pressure to extract their expression. Fermentations are then long and carried out at low temperature. After racking and decanting during the winter period, comes the period of assembly and elaboration of the different "Minuty" vintages. 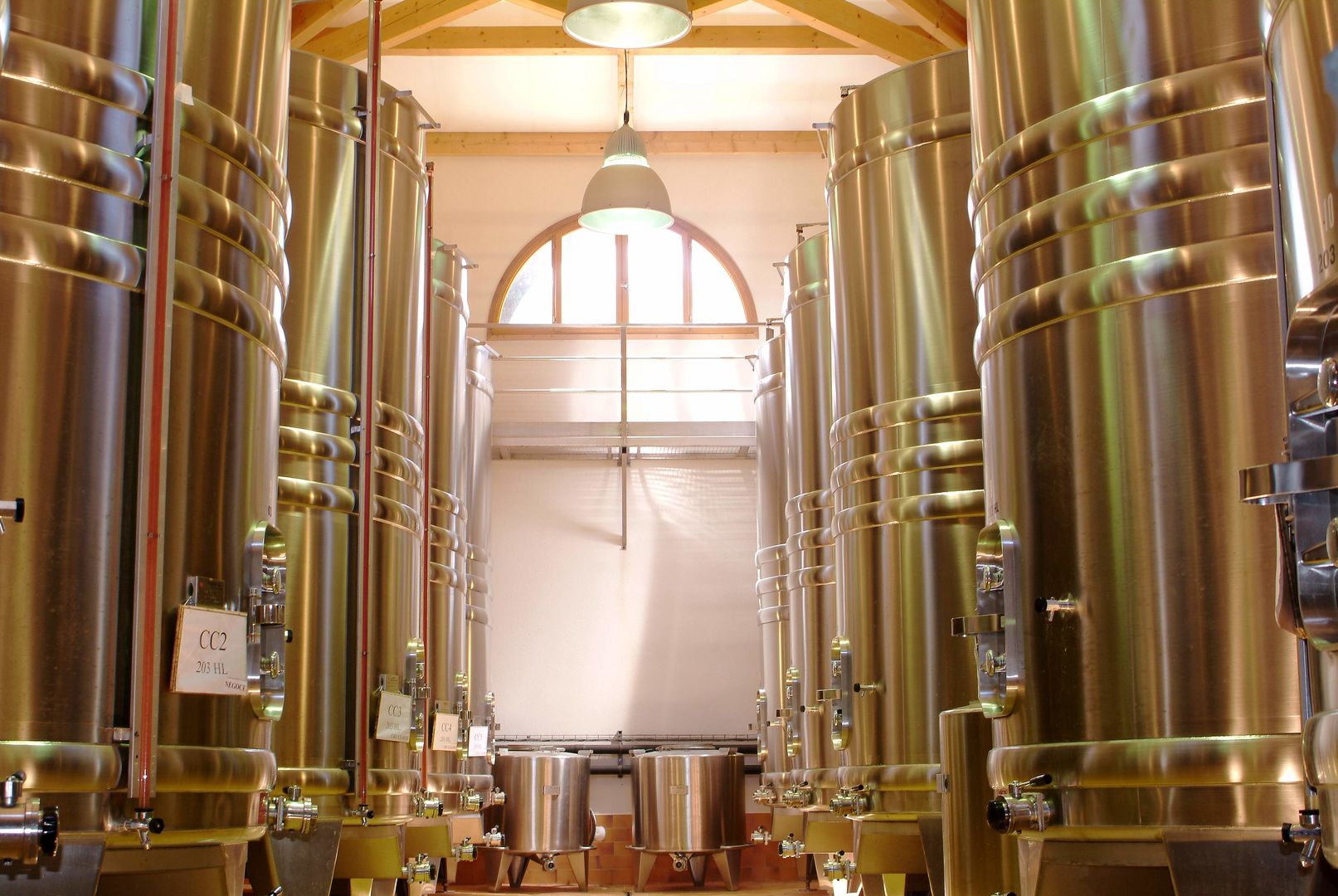 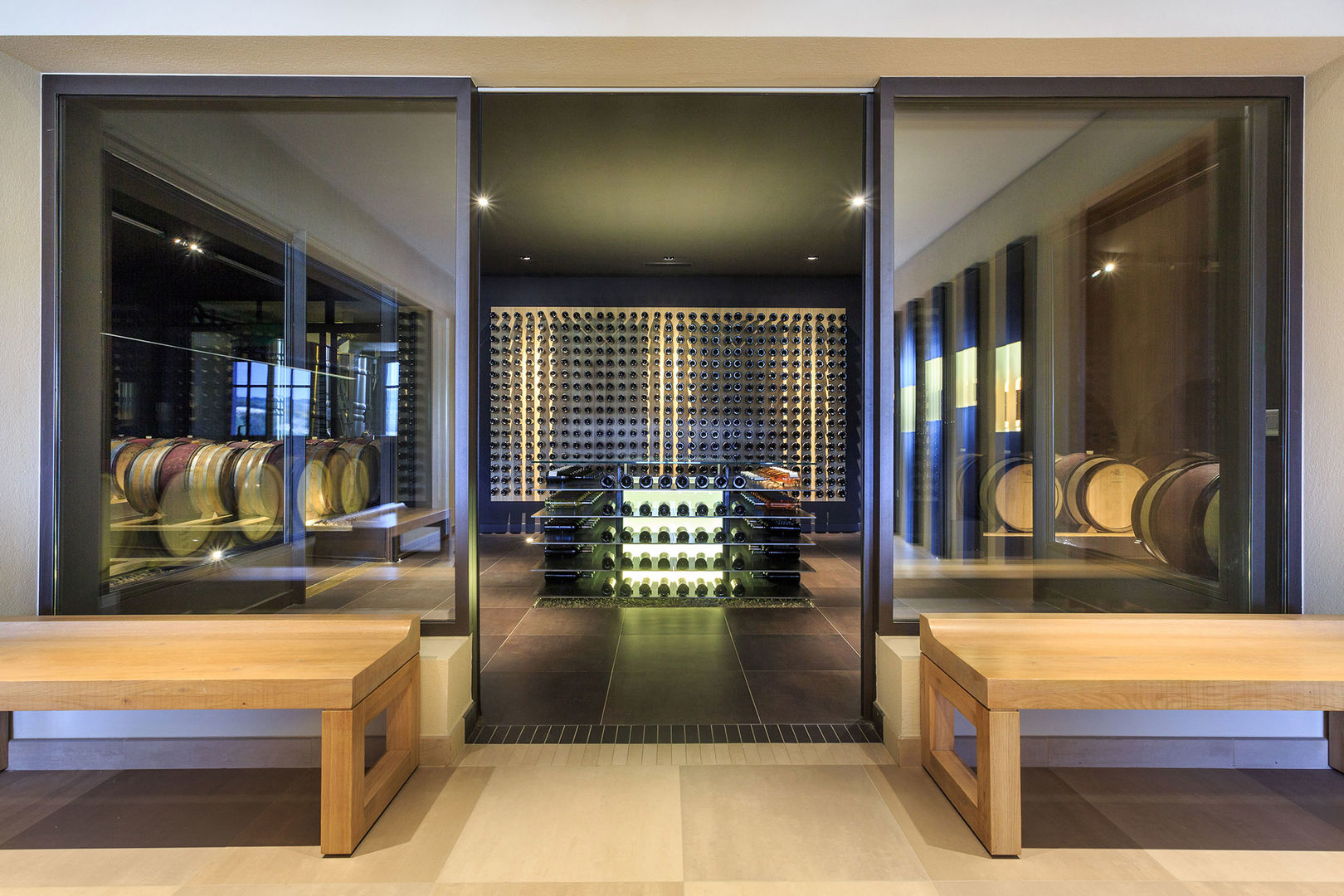 An elegant and modern bottle shape allows Château Minuty to stand out. Each bottle is produced on a bottling line of the highest technology to preserve their wines from oxidation. Even if 85% of their production represents rosé wines, red and white wines are not forgotten.

Combining freshness and intensity of flavors, Minuty's M range offers wines of pleasure inviting to share with friends or family.

The emblematic wine of the domain, the Minuty Prestige has been a must for more than 25 years. It perfectly represents the identity of the terroirs of the Côtes de Provence. Crystallizing the know-how of the Matton family, these are wines of character combining power and finesse.

Château Minuty 281 is an exceptional wine characterized by its blue pantone bottle and its small volumes. An iconic wine of Provence, it has a great aromatic complexity.

An emblematic figure, the "Gold" range of Château Minuty seduces wine lovers. Minuty Or is available in rosé, "Rosé and Gold", in white "White and Gold" and red with "Red and Gold".  The result of meticulous plot work, these vintages are distinguished by their purity and finesse, embodying the image intended by Jean-Etienne and François Matton of the Crus Classés de Provence.