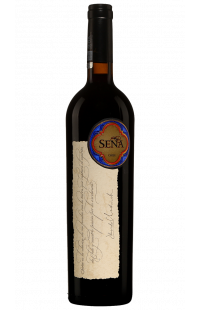 Seña 2020 is the 26th vintage of the property. In just a few years, this wine has established itself as one of the most essential references in Chile. Sena is a pioner in Biodynamic wine This is... 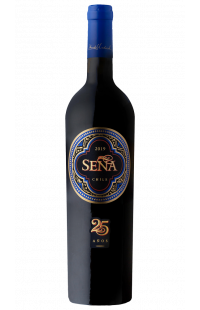 Seña in the 2019 vintage celebrates the 25th vintage of the property. This is probably the greatest vintage of the Aconcagua Valley's star vintage. Blended wine from...

Founded in the early 1990s by Edouardo Chadwick and Robert Mondavi, who decided to join forces to create an emblematic Chilean vintage. The Seña vineyard is located in the western part of the Aconcagua Valley, 41 km from the Pacific Ocean and 100 km northwest of Santiago, the capital of Chile. Due to its location, Seña's climate is cooler than other red wine producing areas. However, it is warm enough for each grape variety to reach its optimum maturity. Seña was bottled for the first time in 1995 and has been critically acclaimed ever since. In the interests of quality, the Seña vineyard is now run using biodynamic methods.