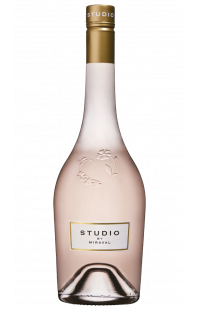 Studio By Miraval is the latest addition to the Miraval estate in Provence. This Rosé IGP Mediterranean is a "gem" wine at a light price, these without a doubt the Rosé of summer 2022 !! Coming from plots on the French... 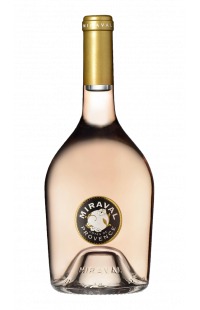 Owned by the Perrin family (Château de Beaucastel, Coudoulet...), Miraval has established itself as one of the best Rosés of Provence, a great success... 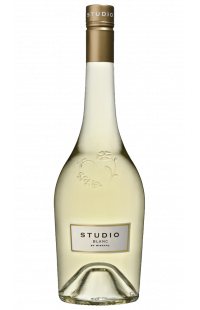 Studio By Miraval in the 2021 vintage is the latest addition to the Miraval estate in Provence. This white wine IGP Mediterranean is a "gem" wine at a light price, these without a doubt the white wine of summer 2022...

With a surface area of 600 hectares including a pine forest, an olive grove and a vineyard of 30 hectares, Château Miraval is located in the heart of the Var, near the small village of Correns (1st organic village in France). With a 17th century Provençal-style chateau-bastide, the estate is world-renowned, producing elegant and refined wines with a beautiful aromatic precision.  With its emblematic bottle, the ex-couple Angelina Jolie & Brad Pitt has raised Château Miraval to the rank of the unavoidable names of Provence. 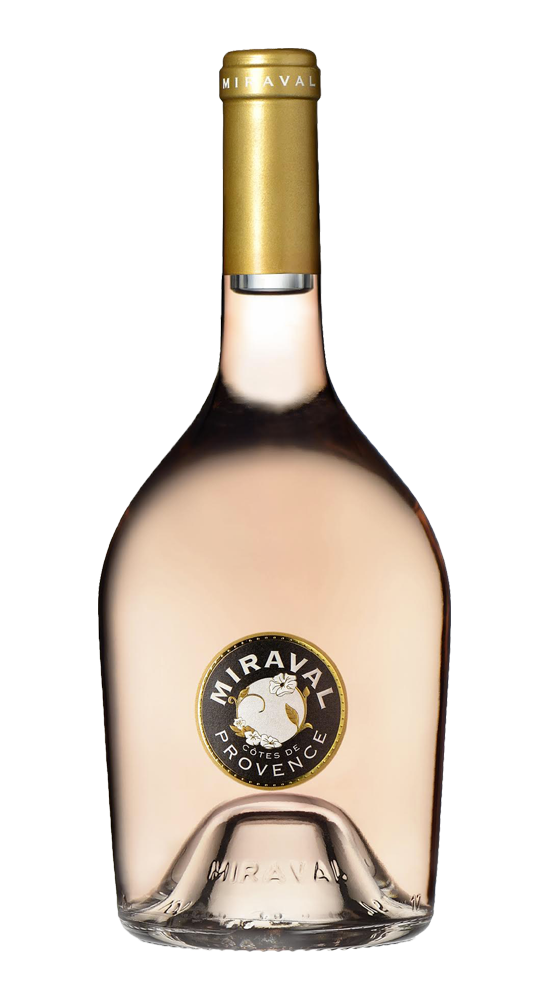 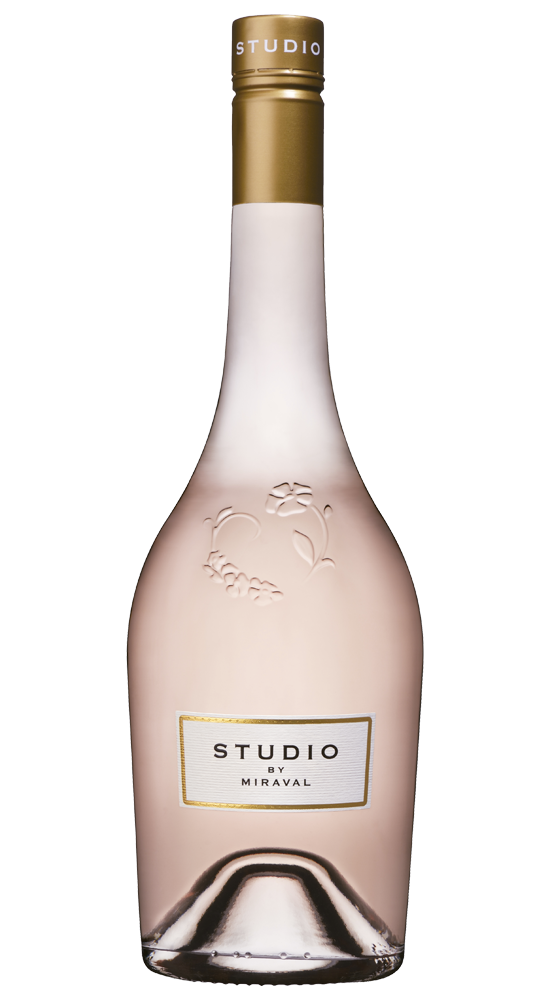 The origins of Château Miraval date back to antiquity. The estate, located near the Via Aurelia, one of the five main Roman roads, has known a line of famous occupants. In 1252, Thomas d'Asquin, a religious philosopher, stayed at the estate. In the 16th century, the Prince of Naples made it his main residence in order to ally himself with the King of France. This will allow the property to appear in the register of the Noble Houses of France. In 1841, Joseph Lambot, the inventor of reinforced concrete, moved into the castle with his family.

The turning point in the history of Château Miraval came in 1970 when the French pianist Jacques Loussier bought the property and decided to found the Miraval studio there in 1977. The 300m2 recording studio, located above the castle's cellar, saw many famous artists such as Muse, Pink Floyd, The Cranberries, Indochine. With the crisis of the record market, the studio will eventually stop its activity in the early 2000s.

Sold to the American businessman Tom Bove in 1998, Château Miraval will then enter a new era in its history with the acquisition of the estate by the couple Angelina Jolie and Brad Pitt. After having regularly rented the castle for their vacations, the couple fell in love with the property and decided to buy it in 2011. A year later, they decided to create a joint venture with the famous Perrin family to improve the quality of the wines. Work is undertaken to renovate the winemaking tools such as replacing the stainless steel tanks. Together they will raise the rosé wines of Château Miraval among the greatest rosé wines by elaborating vintages offering the best of this heritage of exceptional vines. The latter was ranked among the hundred best wines in the world by the Wine Spectator in 2012.

The couple separated in 2021, Angelina Jolie sold her shares to a man named Yuri Shefler. This Russian businessman is the head of the global group of production and distribution of spirits Stoli and owner of Stolichnaya vodka and Tenute Del Monde, its wine subsidiary. Today Shefler is co-owner of the chateau with Brad Pitt who still owns 50% of the estate through his company Mondo Bongo. 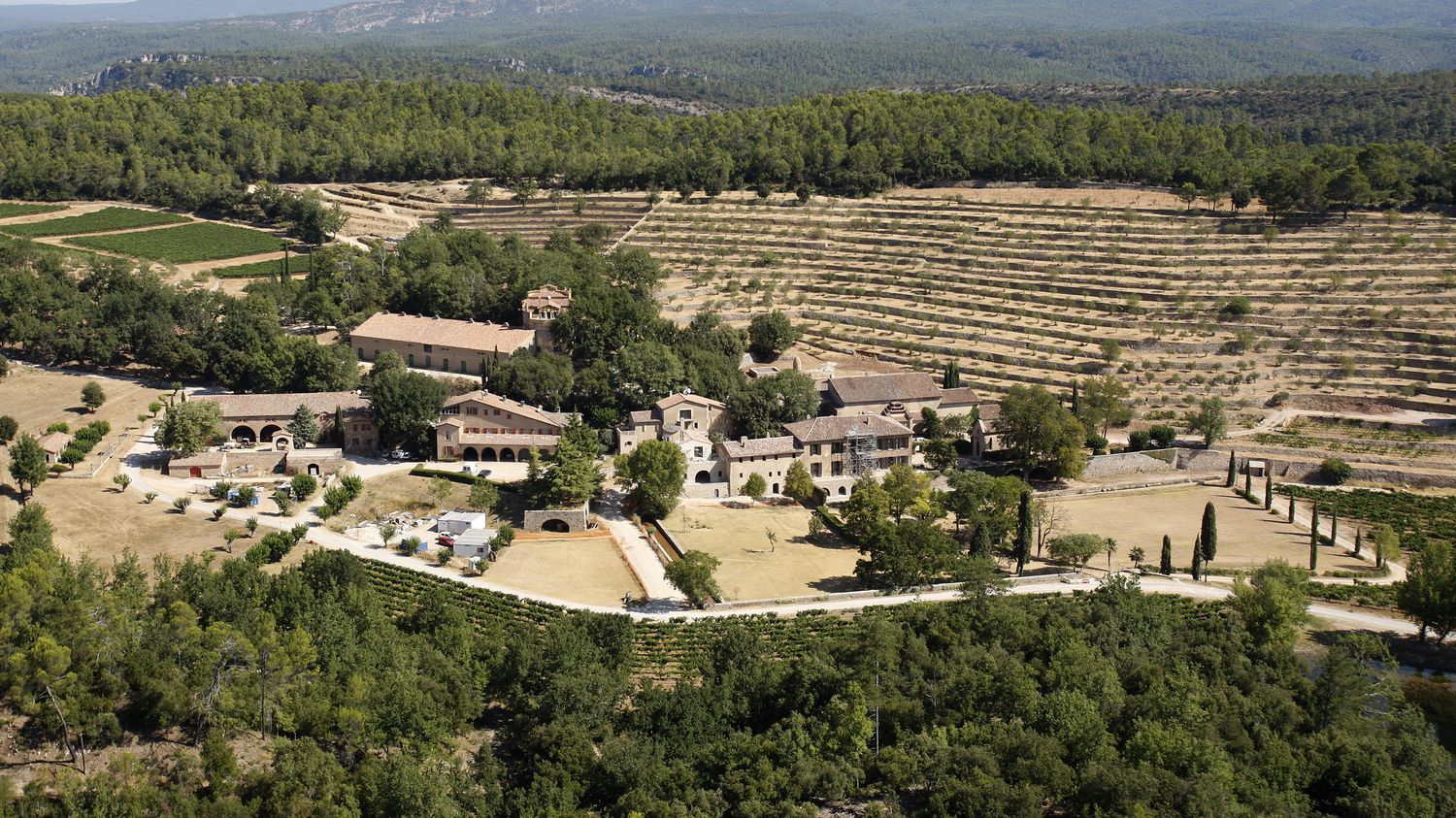 The estate covers more than 600 hectares and is dedicated to nobility and art. The Provençal-style château-bastide has about 35 rooms and includes a chapel separated by a moat. It is surrounded by a pine forest, an olive grove and a magnificent garden.

Château Miraval has 30 hectares of vineyards. Located at an average altitude of 350 meters, the vineyards of the château benefit from the Mediterranean climate, but cool for the region, with a variation in temperature between day and night allowing the perfect balance of the wines. Part of the vineyard surrounding the property is shaped by numerous dry stone terraces rebuilt during the renovation work. The vines are cultivated without herbicide or pesticide and are held in organic farming for several years following the will of the couple of stars.

The grape varieties are equally varied, with typical Provencal varieties such as Tibouren, Rolle, Grenache and Cinsault. Recent research by renowned microbiologists has revealed a great geological diversity with soils similar to those of the Côte de Nuits. A plantation of pinot noir, a red Burgundy grape variety, has just been planted on the estate.

Miraval rosé is a cuvée associated with the art of living, combining aromatic precision, elegance, and refinement to create the Miraval style. A pale pink color, aromas of fresh fruit and refreshing acidity, this is the interpretation of the terroirs of Provence. For this wine, the harvest takes place in the morning, in order to limit the oxidation of the juice and to preserve its freshness and purity. Once in the cellar, the grapes are sorted and destemmed to keep only the quality berries. For the pressing, it will be direct for the Cinsault, Grenache and Rolle. The Syrah will be vinified by bleeding. The vinification is very low interventionist, 95% in stainless steel tanks, under temperature control and 5% in barrels with stirring.

Muse is the grand cuvée of Château Miraval. This wine, produced in limited quantities and with a unique hand-made bottle shape, is only available in magnum. From a selection of the oldest and best plots of the château, this rosé wine is for long keeping. It is vinified in concrete egg-shaped vats and a small part in demi-muids. Made from a blend of Grenache and Rolle, it embodies the expression of the great terroirs of Provence.

The Studio by Miraval cuvée was created as a tribute to the recording studio where Pink Floyd recorded "the Wall".  It comes from a selection of vineyards with plots surrounded by olive trees and umbrella pines, influenced by the sea spray and the proximity of the Mediterranean Sea. These saline soils give the wine a unique character and an almost iodine-like finish. The different grape varieties are vinified by direct pressing. The Cinsault and Tibouren are vinified in stainless steel tanks. As for the Grenache and Rolle, they are partially vinified in concrete vats with a tulip shape and a rounded bottom. This particular shape will generate a natural movement of convection which puts the lees in suspension and is similar to a stirring. This results in wines with a particular fleshiness. 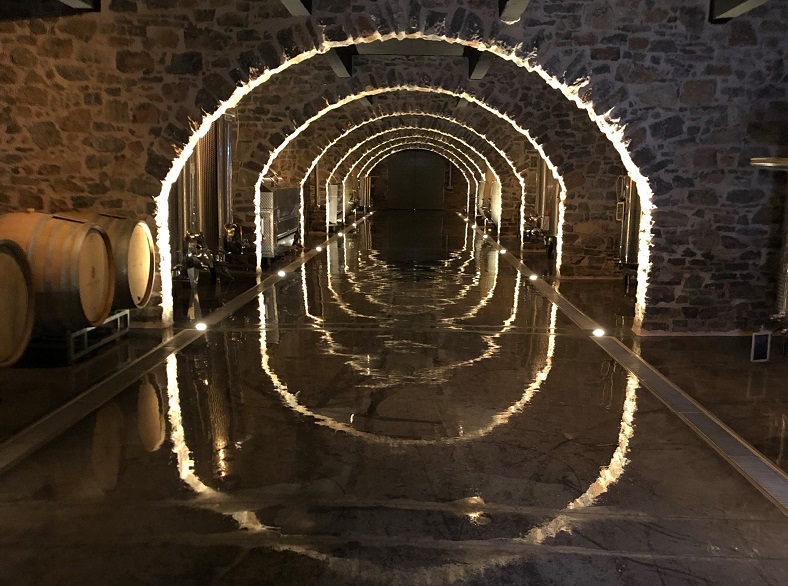 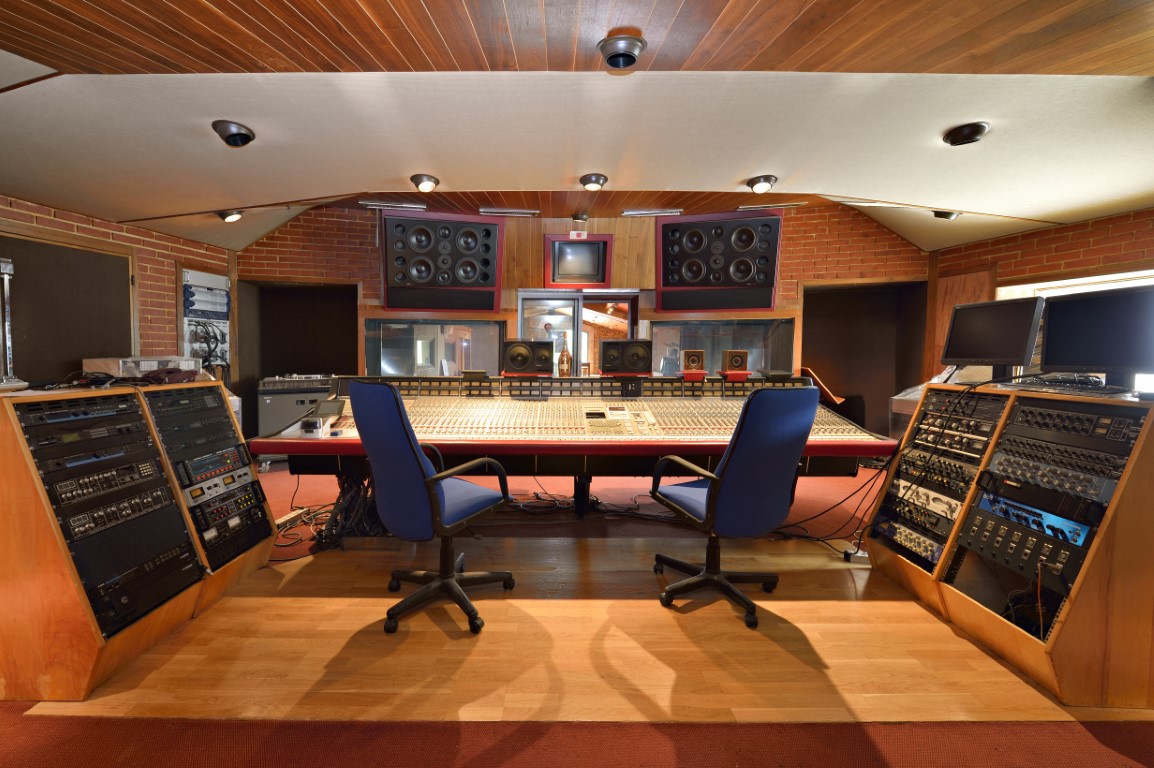 Revival of the lengendary

Since 1977, the Miraval recording studios have seen many internationally renowned artists such as AC/DC, Wham, Muse, Téléphone etc. It is also in this same place that Pink Floyd recorded their mythical album The Wall.

Abandoned in the early 2000s, Miraval Studios were waiting to be reborn from their ashes. And it is Brad Pitt, associated with Damien Quintard, a French music producer, who announces the renovation of the studios, with an opening planned for summer 2022. Designed by Jacques Loussier in the 1970s, the studio has 8-meter-high ceilings, a 100-square-meter control room, and a recording room of about 300 square meters that retains incredible acoustics. The aim of the project is to keep the original equipment that still works and to combine it with the latest technology as well as recording booths and workspaces dedicated to video and audio editing. This place will be designed to welcome artists in an optimal space to create.