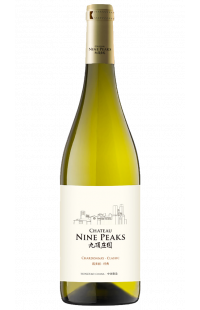 The Chinese wine, Château NINE PEAKS is produced in Shandong Province, just north of the capital of Qingdao, in eastern China south of Beijing. The... 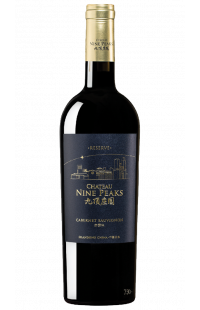 This Chinese wine from Château Nine Peaks, is produced in Shandong Province just south of Beijing. A region with a climate comparable to that of...

Nine Peaks and the Nine Peaks wine range. Today Château Nine Peaks consists of 150 hectares of rolling hills and terraces. The plantation was done with vines imported only from France to secure the highest quality of grapevines selections. In this sense the Château carries on the classic French traditions of winemaking. After 3 years of tireless effort and uncompromising cultivation, the first vintage was produced in 2011. As the shining star of the Shandong Province the Château produces more than 350,000 bottles of wine and has been listed in top hotels, restaurants, specialized wine shops and high -end retail chains in mainland China, Hong Kong and even in France.