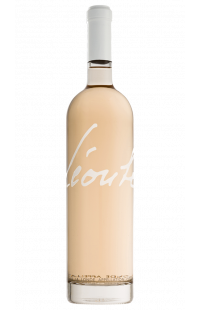 Domaine Léoube is located in the heart of one of the most beautiful protected areas in Europe (Cape Benate of the Vaal River). It is a coastal area blessed by the gods. Its unique terroir combines the elegance and enthusiasm...

Located in Bormes-les-Mimosas, in the heart of one of the most beautiful protected sites and a few kilometers from Saint Tropez, Château Léoube is rooted between the sea and the hills, offering a unique terroir. The 560-hectare estate, including 70 hectares of vines and 25 hectares of olive groves, is located on a protected natural site dedicated to responsible and sustainable agriculture for the production of organic wines from Provence. The château produces unique wines combining elegance, authenticity and specificity of a passionately preserved seaside terroir. 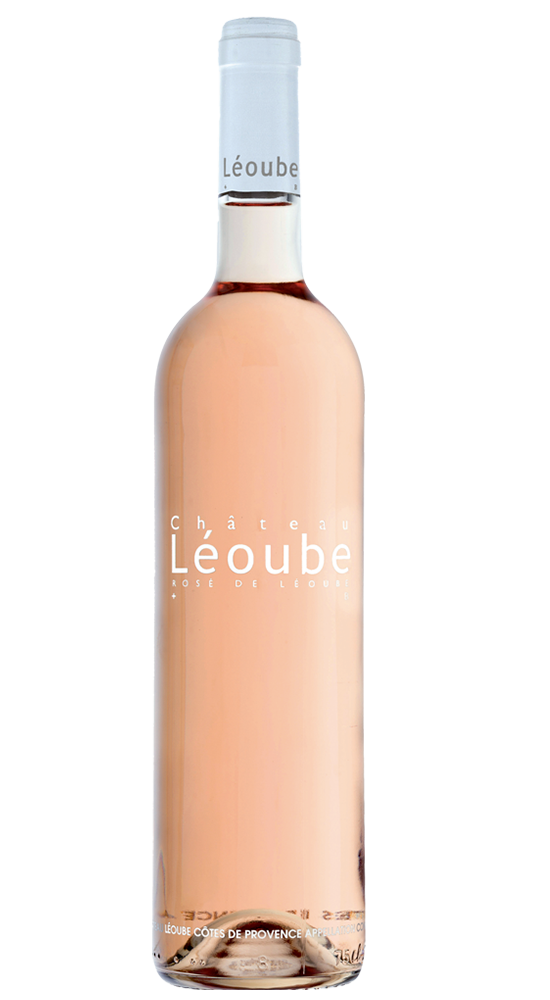 the technical sheet of château léoube 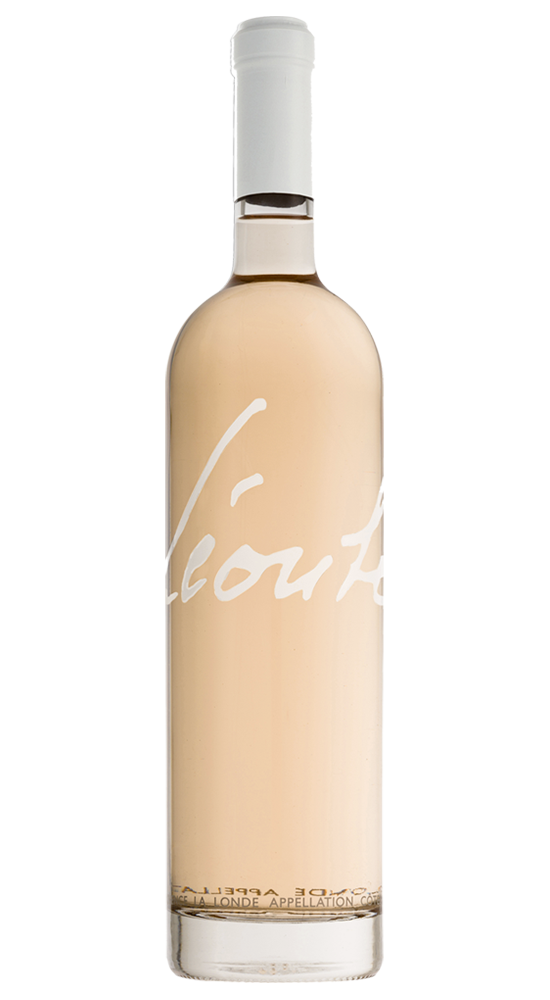 the history of
château léoube

The vineyards of Provence are considered to be one of the oldest wine-producing areas in France. It was the Romans, as early as the 2nd century B.C., who developed the cultivation of the vine, which had been introduced 4 centuries earlier by the Phocaeans. In the Middle Ages, it was the great families and monastic orders that found themselves at the head of the Provençal domains. According to the archives, the castle was probably built in the 14th century, and the vineyard established in the 19th century.

It was in 1997 that Sir Anthony Bamford and his wife, an English couple both passionate about Provence, fell in love with the estate, which at the time was not in very good conditions. As the head of a British construction vehicle company and organic farmers, the couple decided to buy the estate.

In 1998, the Bamfords began extensive work to rehabilitate the chateau and to preserve the environment by cultivating responsibly and producing according to the best of nature. A work of rehabilitation of the vines was also carried out with the uprooting of the dead plants, the cleaning of the plots and the total repair of the trellises what allowed the castle Léoube to be one of the most beautiful fields of Provence.

In the early 2000s, Romain Ott, an agricultural engineer specializing in oenology, was recruited as director of operations. He will oversee the renewal of Château Léoube through respect for nature, while increasing the quality of the wines and maintaining the "Léoube style": a fine, precise, balanced and elegant wine.

In 2010, the architect Alain Raynaud renovated the winery by adding thermo-regulated stainless steel tanks for fermentation as well as concrete tanks and tuns dedicated to conservation. The gardens were also renovated by landscape architect Philippe Deliau. 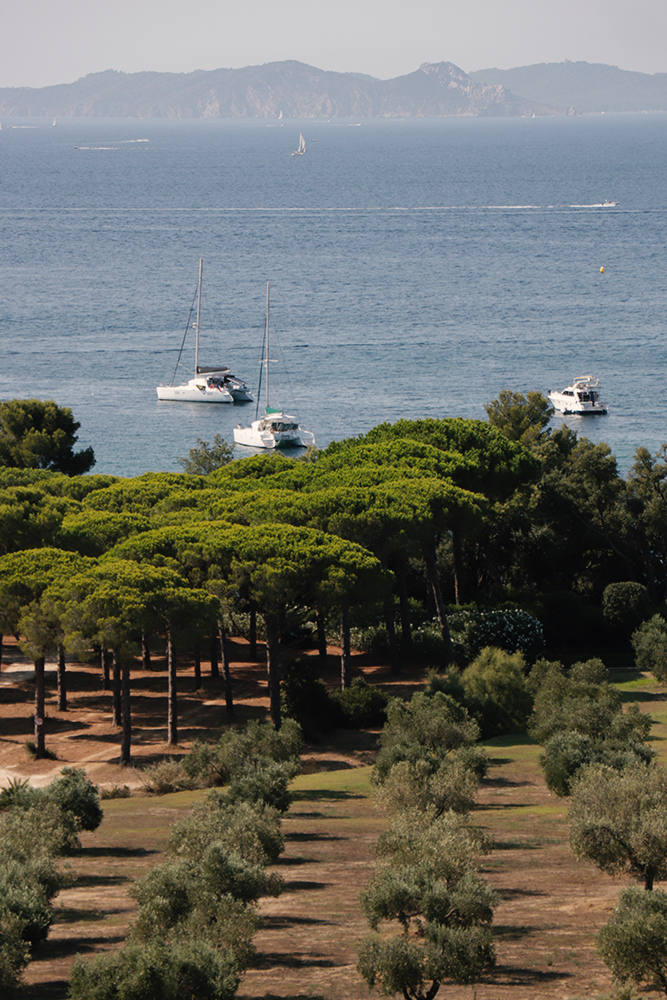 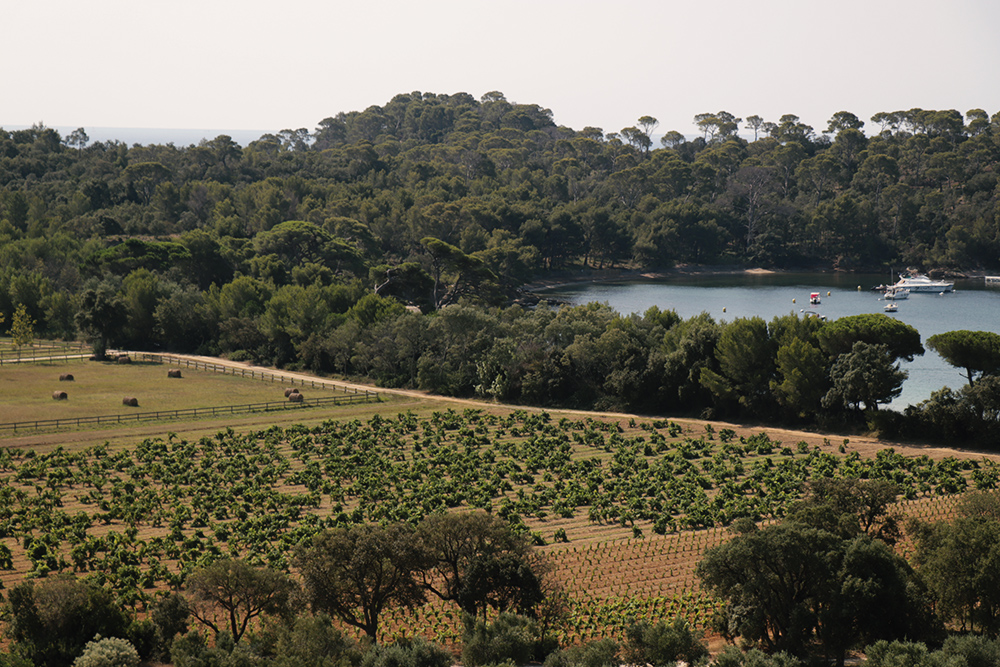 Château Léoube is located on one of the most beautiful protected sites in Europe, on the shores of the Mediterranean: Cap Bénat. This unique setting is the pride of the Bamford family. A preserved terroir, it benefits from a Mediterranean climate that is privileged by the heat of the summer and tempered by the sea breeze that cools the nights. These favourable conditions are reinforced by a cool and regular mistral wind which contributes to the good sanitary maintenance of the vineyard.

On a variety of soils ranging from schistose on the hillsides, clay on the edge of the plain and partly sandy on the seashore, the grape varieties are Grenache, Cinsault, Syrah, Mourvèdre, Cabernet Sauvignon as well as Cabernet Franc and Merlot.  The oldest vines of the domain, 20-25 years old, are located on the seashore which brings a salinity to the mouth.

Located at 37 meters above sea level on a small hill facing the sea, is the chapel of Saint George overlooking the property. Dating from the 15th century, it offers a sublime view of the bay of Léoube.

The property also has a Mediterranean olive grove of 20 hectares in the heart of the estate. 4,700 trees that produce quality oil.

the know-how of
château Léoube

Under the supervision of Romain Ott, during the harvest, the grapes are picked and sorted manually before being transported to the cellar. The cellar is organized in such a way that the grapes do not undergo any crushing before being put in vats (for red wines) or in the press (for white and rosé wines).

A pressing at low pressure will be spread out over more than two hours in order to obtain a clear juice which will remain in tanks between 12 and 48 hours at low temperature before the beginning of a first natural clarification. The alcoholic fermentation aims at extracting the best of the grape's aromas, to elaborate stable and round wines. This alcoholic fermentation is carried out in thermo-regulated stainless steel vats, as is the malolactic fermentation. Regular rackings accompany an additional clarification cycle. Before blending, the different vintages are regularly tasted to ensure the quality and consistency of the wine. 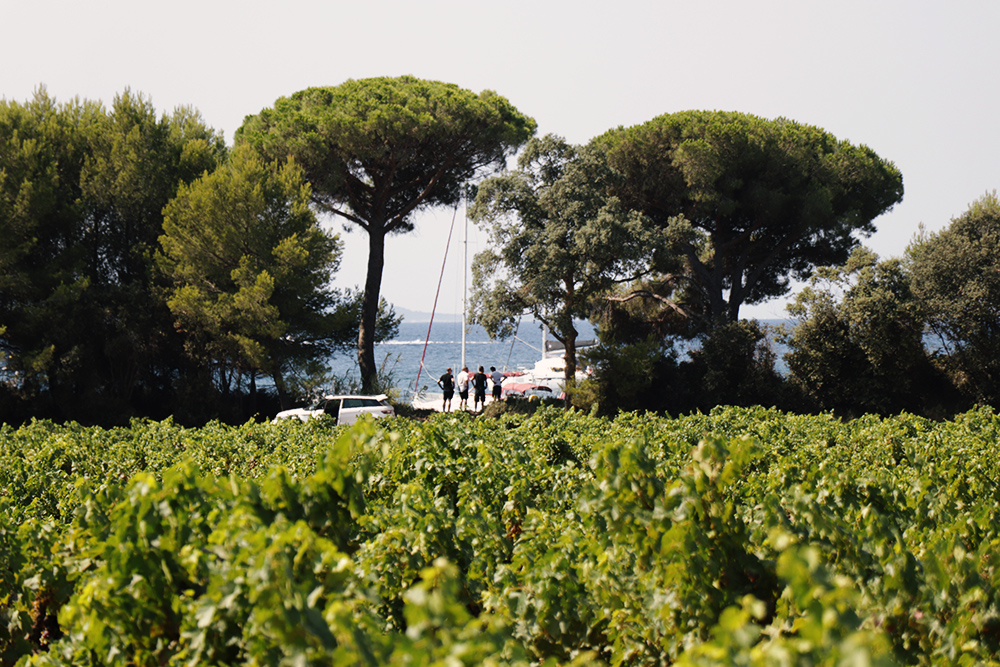 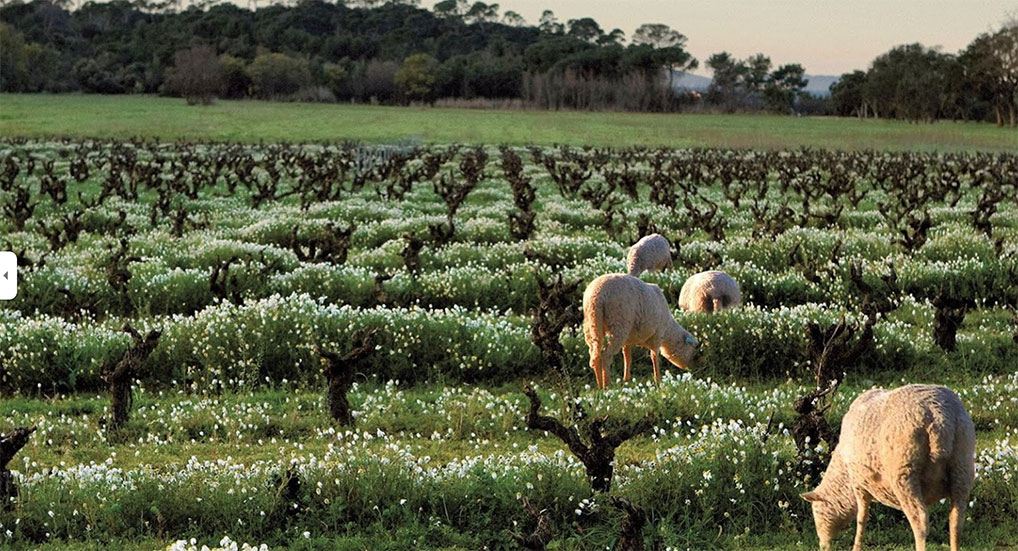 The preservation of biodiversity and natural resources are a key principle in the commitment of the estate's teams. A blend of biodynamics, organic farming and know-how, Château Léoube has established a traditional method of cultivation that places its wine among the best organic wines of Provence in a sustainable and promising development. The use of pesticides and chemicals is banned from the vineyard, only the use of natural fertilizers is allowed, reinforcing biodiversity and natural defenses. Yields are also monitored from the time of planting by increasing the density of the vines, de-budding and de-stemming. A natural clearing is also done between the vines by sheep during the spring.

From the foot of the vine to the glass, the wine of Château Léoube is authentic, in harmony with the geo-climatic elements and the fundamental laws of nature. From this commitment results an Ecocert certification since 2011 with the label "wine from organically grown grapes", as well as the certification and new label "organic wine" in 2012. Finally, the estate obtained the HVE (High Environmental Value) III certification and the "Biodiversity Awards" of the Drinks Business Green Awards in 2020.

the Cuvées of château Léoube

With an annual production limited to 300,000 bottles, Château Léoube produces singular, elegant wines with a precise and exclusive style among the best in Provence. It has a declination in three colours: organic wine Provence rosé, red and white.

Love By Léoube, a greedy aperitif rosé, a mixture of red fruits and citrus fruits

Rosé de Léoube, one of the most famous of Provence with a particular aromatic style that will delight the most demanding palates.

These rosé wines, all organically grown, with fruity notes and unique flavours, are most often served as an aperitif but are also very popular with meals. 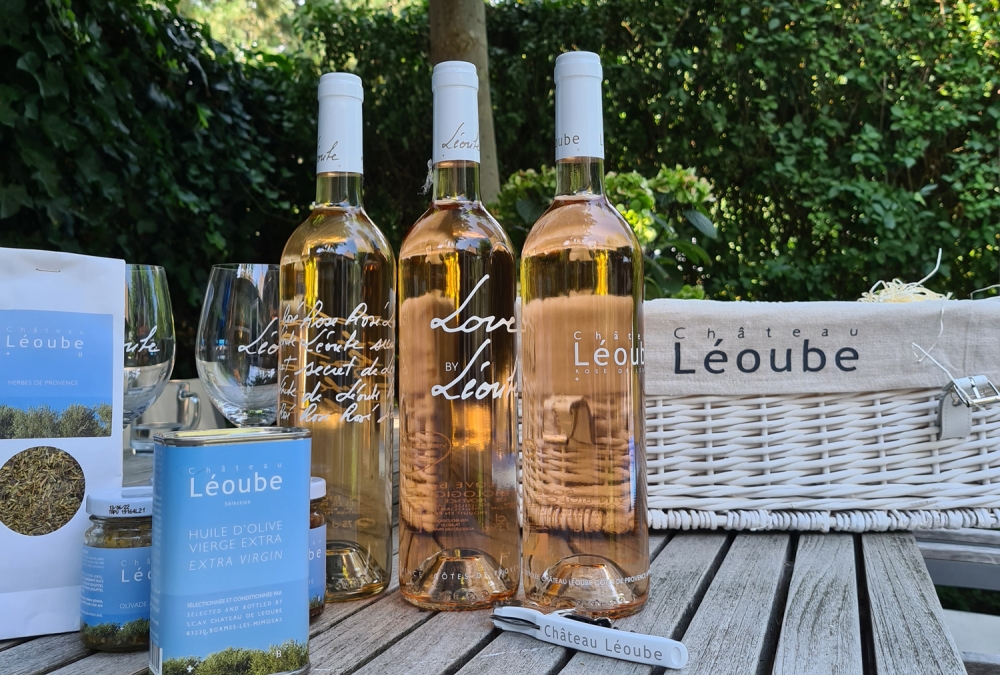